Now the latest movie from Marvel is coming out on the 1st of April, just a few days from now and many will have questions about the whole storyline and where it’ll fit into the Marvel Cinematic Universe but do not fret! I have tips to help you know what the movie is about before you get into it. 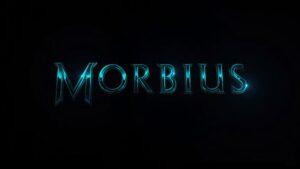 Morbius is a  scientist suffering from a rare blood disease whose attempts to cure himself afflict him with a form of transgenic vampirism gaining superhuman abilities but none of the superstitious weaknesses associated with vampires. Leto was drawn to the character’s struggle with his disease and the moral implications of a hero who has a thirst for blood. It kinda poses a moral dilemma and he is neither hero nor villain in this movie; more sort of an anti-hero.

The story covers his whole origin story as coming up as a diseased Doctor trying to find a cure for his medical condition and eventually becoming a vampire for all of his troubles. At his heart, he is a good man however he has to battle his bloodlust throughout the whole movie and also has to battle his brother Milo, who also has the same condition but ends up becoming a straight-up villain. Also, expect a cameo from Vulture as this movie is set in the Andrew Garfield Spiderman universe. Should be an amazing cast! All in all the movie is bound to be an amazing addition to Marvel’s Catalogue and trust that when the movie comes out , I’LL BE THE FIRST IN THAT CINEMA HAHAHA