A man who initially thought his girlfriend was joking about her wish to become a ‘crazy cat lady’ now isn’t sure, and feels he needs to put his foot down after she tried to bring home cat number six. The couple have been together for three years and moved in together one year ago. At that point, she already had two cats, and the pair had specifically looked for a place where pets would be allowed.

Things started to get stressful when she brought home two additional cats without discussing it with him first. This was initially supposed to be a short-term foster situation, whereby she would nurse the felines back to health before finding them permanent owners. However, six months on and they’re still there.

Having four cats in the house took ‘a lot of adjusting’, and he did try to tell his girlfriend how she really should have spoken with him about her decision first. However, she became defensive and didn’t appear to see his point. 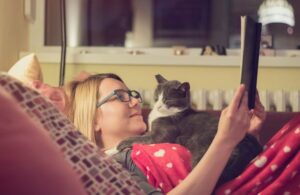