Over the past couple of weeks, we’ve been running a competition where one lucky person would be winning themselves a brand new Samsung S22 series phone. All they had to do was call in and guess what the phone’s security code was. The code consisted of 7 numbers and at the beginning of every week, one number will be revealed.

This was the last week with 5 numbers already revealed and only two numbers left. This was it. It was now or never. 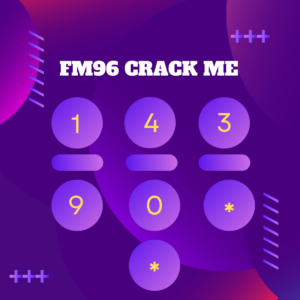 Meanwhile, in Savusavu, 29-year-old Hiram Fong was playing Call of Duty Mobile on a smartphone that wouldn’t even let him download more than 1 app because of its low capacity storage. On top of that, the quality of the phone was so bad that Hiram couldn’t even see his enemies shooting at him until they were right in front of him. If that wasn’t bad enough, the phone was given to him by his brother to use every now and then for his mobile game.

On his way to dropping off his niece at school, he heard Bunene and Drix on the Crackfast show talking about how there are only 2 more numbers left to guess the FM96 Crack Me Code to win the S22 phone.

Hiram made one call and it changed his whole life.

He gave the final two numbers (2-2) and the rest was history.

When asked what made him think of 2-2 as the last two numbers, he said,

“The competition ad said that the clue was in the phone, so since it was an S22, of course the last two numbers would be 2-2,”

and his super-sleuthing clues paid off. 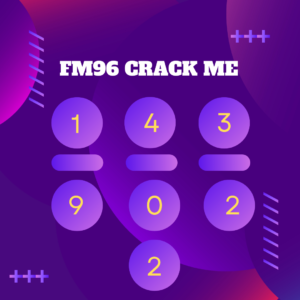 Not only does he have a brand new phone, but now he can see enemies shooting at him from a much farther distance.

Hiram’s wife, on the other hand, has already claimed the phone for herself saying,

“Thank you to my husband for my brand new phone.”

Make sure to stay tuned to FM96 for more competitions like this.