The last time you saw her in this space, she was a daily dose of energy and you’d see constantly post on Facebook and Tik Tok. Today she’s enjoying the spoils of being a national champion.

Vula is known to many as a pocket rocket of laughter. So don’t let the smiles and laughs fool you, she’s a fierce opponent on the soccer pitch. 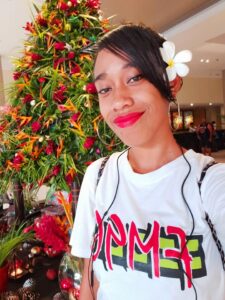 How did she become a football champion?

Well, she traded her studio earphones for Football/soccer boots in order to pursue her passion which is football. This was never easy but because of her determination, she made it where others have only dreamed. She even went as far as leaving the comforts of home to transfer to the friendly north.

She described her first  Finals appearance as an honour;

Vula says there were loads of things that convinced her to cross over to the lovely Babasiga but what really drew her there was the teams’ bond, the positive environment and the fact the coach takes care of the team and motivates the team.-Vula

We learn alotta new skills and combinations without him screaming at us or giving up on us. 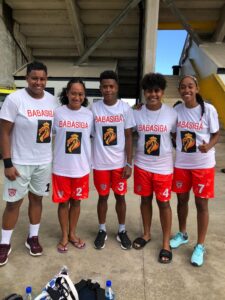 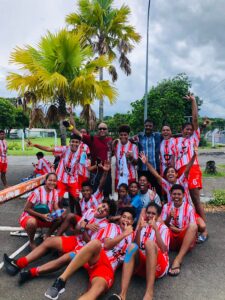 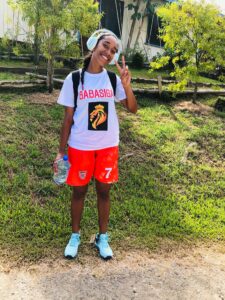 She adds that she feels like she still works for FM96.

As for her ambitions for the future to represent Fiji, she says

I’m still working on getting better mentally and soccer helps me get there so being in the national team would be a bonus.

Life is too short not to be trying out new things. Soccer for instance is not only a “men’s” game. You can be like Ronaldo or David Beckham if you put your heart to it and work really really hard. Soccer is a stress reliever for me and it helps me grow mentally and it helps me get fit and stay healthy

The Labasa women’s football dismantled Ba 4-0 in the final of the Digicel Women’s IDC at the ANZ Stadium. All the best for the Vula!!!