A driver in Germany was left speechless when he ripped open the letter. He was named as the recipient of a €50 ($115.15 FJD) speeding fine – but the image of the perpetrator behind the wheel wasn’t him. It was of his small white dog. 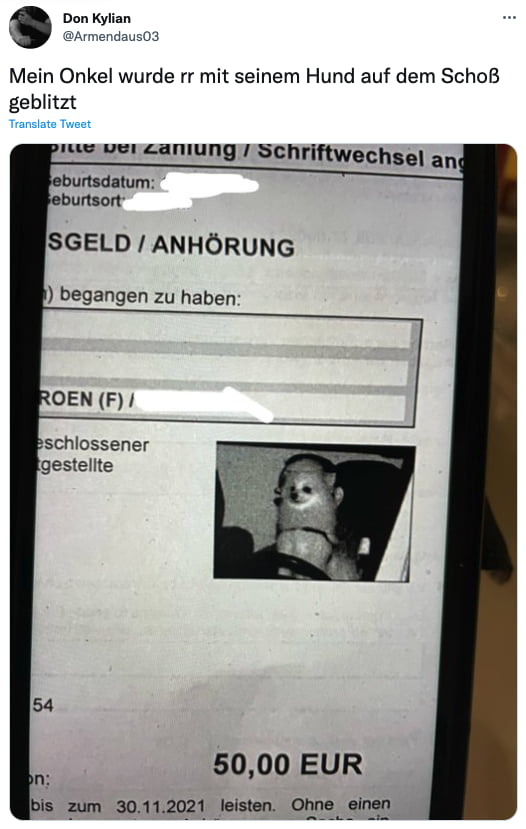 The nephew of the driver stated:

My first reaction was: “That can’t be real.” I think my uncle was just as surprised.

He said the dog hopped up onto the motorist’s lap at the exact same moment they passed the traffic camera. He added:

Normally, the dog wears a special car belt for the safety. That day, my uncle forgot to put it on him, and the dog came to cuddle him [as he was driving]. The funny part is, he was in his lap for just three seconds.

He said his uncle could likely have contested the speeding ticket due to a lack of proof it was him driving – but he fessed up like a good citizen and paid the fine.

He paid it. But I can’t tell you what the authorities thought.