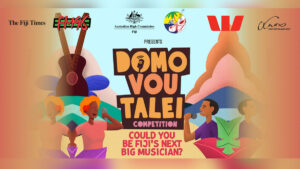 The top 10 finalists for the Domo Vou Talei competition have been confirmed.

The 10 finalists will undergo voice coaching and training from tomorrow before recording their original songs in a recording studio.

They will also have the opportunity to have their original songs featured on ABC’s Pacific Beat Island music show and participate in the Uprising Music Festival in July, where the winners will be announced.

The Westpac People’s Choice Award will receive prize money of $3,000 while the Fiji Times Grand Prize Award winner will walk away with $5,000.