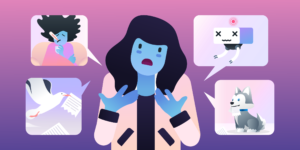 If you’re one of the gang that have never felt the need to come up with excuses because you’d “rather spend the holidays with your family because it’s a time for family,” please stop reading here! This is for us gang that shamelessly like to party and then come home either early in the morning or a few days later.

I’ve listed down some of the funniest excuses that I’ve heard being used over the holidays for things like coming home late or coming home after a few days.

SORRY BABE, MY PHONE WAS OFF

I don’t know how often this has worked, but from what I know, it hasn’t worked enough times lmao This usually only works if your phone is known to be faulty in the first place.

Listen, I don’t know how close you are with your friends but you need to know that it’s very important that you use this excuse only after both of you have put yourselves on the same page because this will be all for nought if one of you gets the story wrong or has no idea what’s going on. Trust me, you’ll thank me later.

I DIDN’T HAVE CREDIT

Bruhhh! Tread carefully with this one. You do NOT want to give this excuse to someone who will not spare you once they find out that you were lying.

MY BOSS MADE ME STAY BACK

This tends to work a lot, but the only downside is that at one point, your partner and your boss will bump into each other and if the off chance of your partner asking your boss about that time they made you stay back comes up, then you’re as good as the ancient Egyptians are right now – dead.

I HAD TO PULL AN EXTRA SHIFT TONIGHT

This will only work if you’re an essential worker lol That excuse doesn’t fly if you’re a retail worker, so make sure you back this excuse up with a backstory that seems as believable as some of the eyebrows that I’ve been seeing a lot lately.

These are just some of the excuses that I’ve heard being used whenever the festive season rolls around. If you’ve heard of any that aren’t on this list, let us know in the comments.