He didn’t intend to return to professional rugby after hanging his boots up for good to become a real estate agent.

It had been eight years since Baden Kerr played for the Blues in the Super Rugby. 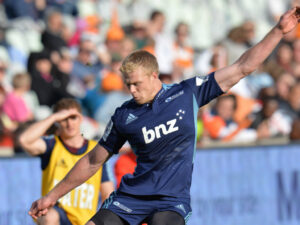 That was until late last year when Fijian Drua head coach Mick Byrne – the former All Blacks and Wallabies assistant coach who worked with Kerr at the Blues – gave him a call.

Fast forward a few months, and Kerr is now back in the revamped Super Rugby Pacific, as the only non-Fijian in the entire squad.

It’s a journey that, like most people, the 32-year-old veteran didn’t see coming as he prepared to begin life outside of rugby, but it’s one he has fully embraced since joining the Drua for the current campaign. 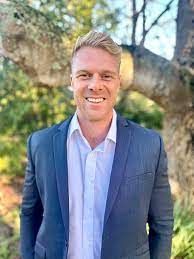 “For me, that was the kind of thing that kind of made the decision easier for me because I’m learning so much from these boys and how they live and how rugby to them is fun and it’s a privilege and it’s secondary to the real basic things in life that we often forget.” 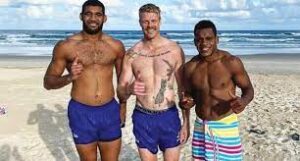 Since his arrival at the Drua, Kerr has featured in three of his side’s four matches to start the season.

One of those matches saw the Drua notch their first-ever Super Rugby Pacific win against the Melbourne Rebels a fortnight ago, a feat they nearly replicated against the Reds on Saturday. 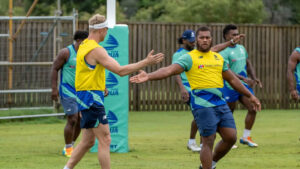 Kerr is now set to miss his side’s next few matches after damaging his MCL, which will keep him sidelined for between four-to-six weeks, but that hasn’t dismayed his passion for the Drua in what he indicated may be his final season of professional rugby.