What does is it mean to be Fijian? Many might think it’s about being good in rugby or something weird but in all honesty, being Fijian is about smiling through bad times, putting your head down with your shoulders to the wheel and working. Now that’s the Fijian way.

A group of Fijian abattoir workers helped rescue about 60 residents at a Lismore nursing home in Australia. They helped in the whole process of evacuating the elderly, families and animals.

The entire township of Lismore on the far north coast of New South Wales has been evacuated as floodwaters reach heights not seen since 1974. 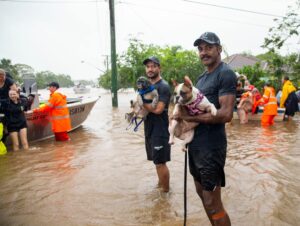 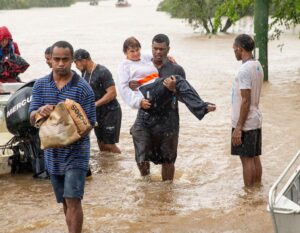 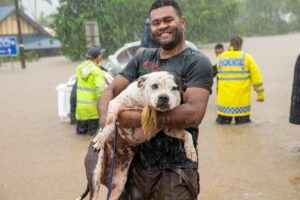 In an interview with The Ray Hadley Morning Show, Apenisa Marau says it was quite terrifying trying to get those elderly people out of their homes as floodwaters had entered the nursing home.

He adds that because of the high water level it was hard to find the house and it was difficult to pinpoint where it was.

This didn’t matter as they found the Nursing home,

“they were pretty shocked by the time we reached there, but we were glad we were able to get them to safety”-Apenisa Marau 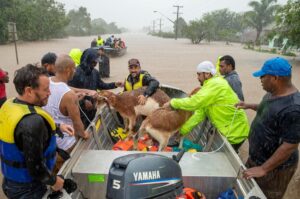 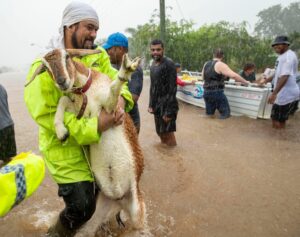 Marau says they will be working in Australia for the next three years and this is one way of giving back to the community.

In times of disasters always expect your inner Fijian to kick in and start helping. It must be something in the water but this story makes me proud to be a FIJIAN.

Big Vinaka to our Brothers and your families, you all have made us proud.