It was way back in 2009, Ruth who was a Form 6 student at the time in Suva Grammar School had made plans with her besties, Kim and Amini to go cheer for their school at the Suva Zone 2.

Early that morning, they all met up at Cunningham where ruth lives and got dolled up for the day, ruth had decided it was a good idea to wear light brown contact lenses. Now dressed in their school colours they took their blue and yellow flag, with it an umbrella that they had planned to use as a flag pole. They caught the bus and got to the stadium just in time for the first event.

A few hours later, Marist and Grammer were neck to neck on the meddle tally and the 100m hits were just about to start. The lineup had one of the favourites and pacific sprint king, Banuve tabakaucoro of Marist brothers and Suva grammar’s Mataiasi Savou and everybody knew it was gonna be a race to remember. 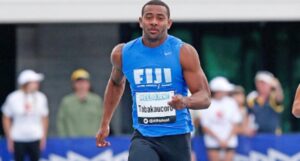 The Nasese breeze was cool and blowing flags and hair-do out of style. The runners took to the blocks and right before the gun went off and the race was on, everyone stood up and cheered like crazy, Ruth and her friends in the crowd also stood up and waved the Suva Grammar Flag but only held the umbrella as it was the pole. Five seconds into the race, the wind blew their flag to where the Boys from kaunikuila were standing. 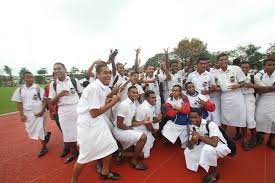 Ruth being her usual talkative, wacece self,  walks close to the Marist side and screams “WOEEEEEEEE NA KUILA, MAIIIII!!!” then slowly walking towards her with her flag in hand is Patrick who is also a form 6 student at Marist Brothers, he hands her the flag and looks into her eyes, she also looks into his eyes and smiles, he moves closer to her ear and whispers “Your contact lense is slipping down, you look like you have 3 eyes”.

Long story short, Ruth and Patrick got married and now have 7 children. 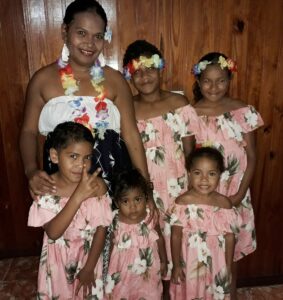