After years of people telling me to watch it, a couple of months ago I finally decided to watch Peaky Blinders.

I should’ve listened all those years ago because that show is amazing! I have a newfound love for Cillian Murphy and I don’t think it’s going away anytime soon. 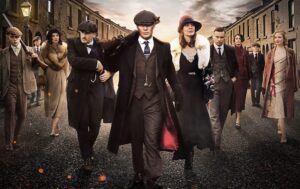 It took me only two episodes for me to be hooked on it and before I knew it, I had finished all 5 seasons in the span of 2 months.

Now, along with every Peaky Blinders fan out there, I’m eagerly awaiting Season 6, which is also the final season.

Not only that, but the creators will be making a Peaky Blinders movie to be released after Season 6 just to officially wrap things up with the Birmingham lads.

Of course, we’re going to be seeing the usual gang from Tommy Shelby to Aunt Pol, but a new addition has me super excited about the 6th season. It’s none other than Rowan Atkinson himself who is rumoured to be playing Adolf Hitler. 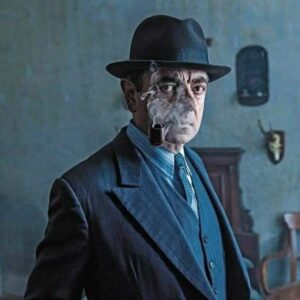 Most of us grew up knowing Rowan as Mr Bean and I’m pretty sure a lot of us have never heard this man swear in his life, so to know that he’s going to be in a show that is rampant with colourful language makes me curious about the part he’s going to play and how his lines will go.

Either way, I think it’s going to be great and Rowan Atkinsons is just going to be a bonus in an already amazing cast.

How to know if your partner is only “your” partner