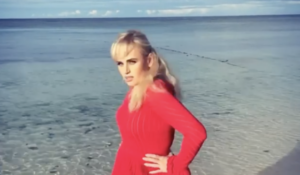 At this point, you probably already know that Rebel Wilson, or Fat Amy as all know her as is here in Fiji. A lot of us were trying to figure out what she was here for, but now we know .. or at least we know half of why she’s here.

All we know right now is that she’s here filming a secret project, which would make sense since international borders aren’t open for tourists yet. She does look like she’s doing a lot of touristy stuff, but we’re sure it’s all in the name of her work.

Nobody, except Rebel and her team, really knows what the secret project is which is probably why it’s a secret, but her little sneak peeks on her social media accounts are giving us life.

She even got a local artist to sing for her during a private gig on a yacht.

Our very own, Kuki, made it to her Instagram story in a video as well as in an Instagram post where she posted a boomerang video of herself in a cute little red dress with Kuki’s Oilelei playing over the video.

Apart from that, she’s been consistently updating her Instagram stories with pictures and videos of what she’s getting up to behind the scenes without giving away too much about the secret little project that she’s currently working on.

Today, she filmed herself going on a helicopter ride with her make up artist and hair stylist for a scenic view of Fiji. 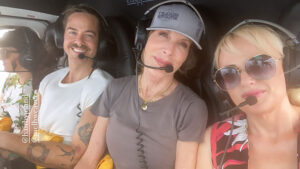 Whatever it is, we cannot wait to see the end results and we wish her nothing but the best with the production.