Why am I not surprised?

Before we get into it, I just want to make sure that you know that this is not a new thing for Mr Davidson. He’s known to get tattoos of anything that would symbolize his partner on himself only a mere few months into the relationship. He did with Ariana and now he’s doing it with Kim K. I don’t know how to feel about it, but I’ve seen the tattoo and wouldn’t be a very hard thing to cover up or even have it removed via laser treatment.

This also isn’t the first tattoo Pete has gotten in honour of Kim Kardashian. He had gotten one around the time they had started dating that said, “My girl’s a lawyer.” 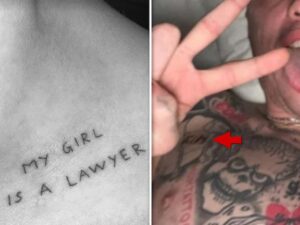 The tattoo was spotted by an eagle-eyed fan who zoomed into a picture of Pete leaving SNL after a night’s show. It reads, “KNSCP,” which could be meant for Kim, North, Saint, Chicago, and Psalm respectively. 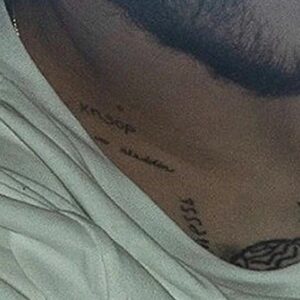 Which also brings me to my other point – who has the time to be zooming into pictures of celebrities looking for things like that? I mean have you seen the number of tattoos that are on that man? There could easily be more than 40 tattoos on him and yet, an avid follower still managed to notice that he got a new tattoo on his neck. Mind you, the tattoo is as tiny as it gets so the fact that they were able to notice it in the first place is something.

Let’s hope that Pete and Kim actually survive the long run, because I don’t know how much more laser removals Pete can put his body through.