No doubt that everyone on the internet has had their own views on the showdown that went off between Will Smith and Chris Rock at the Oscars and then some but some of the best takeaways from the whole situation weren’t even the reactions but THE MEMES! .Now you can always count on social media to always throw shade on a situation but there’s always the side of the internet to show us the funnier side of things give us something to laugh about.

Here’s a collection of some of the best memes that the whole fiasco has cooked up: 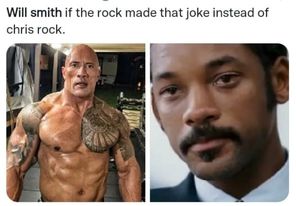 Jada and Will love aye? J. Cole probably never saw this coming when he sang those lyrics. 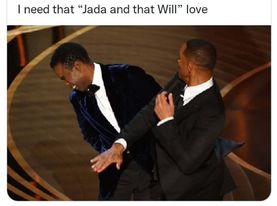 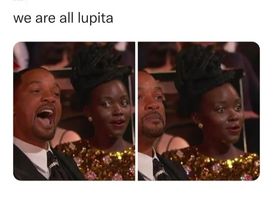 Lupita is obviously left blank and doesn’t know how to take the whole situation so she just chilling. 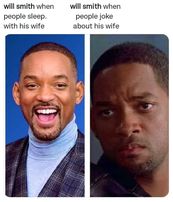 Now this one is definitely one that sticks out and is probably the base of many arguments with people asking “Where was all this energy when Jada had her ‘entanglement’ with August?” Guess we’ll never know haha.

My favourite. This hows us that the internet has no lack of imagination, whoever made this probably has had enough of the whole fiasco flooding newsfeeds and conversations and just put all their frustration into this one 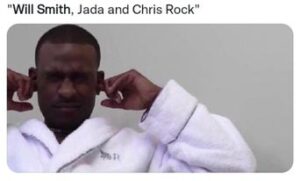 This just goes to show there’s no limit to what we will do to make light of a situation.