Olympic Gold medallist Iosefo Masi is back in the Fiji Airways Men’s National 7s team for the LA 7s this weekend. He just recently signed with the Fijian Drua for the next season of Super Rugby. 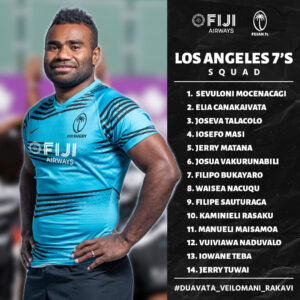 having Masi back will add depth into their squad.

Meanwhile, Nacuqu will continue to be the captain of the team.

The national side will travel straight to South Africa after LA 7s where they will prepare for another week before the World Cup 7s.

Fiji will play Wales in their first pool game at 6.10am Sunday, they will then play France at 9.31am Sunday and their final pool game is against Ireland at 1.05pm Sunday.