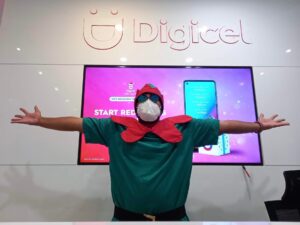 So it’s Christmas Eve and it’s also the day that Elf Drix made his final rounds to give away the last bits of money that he had with him and it was a great success.

He was at the Digicel Head Quarters in Nabua and didn’t have to wait around for that long because the three clues that he had given away were enough to have listeners running right up to where he was. 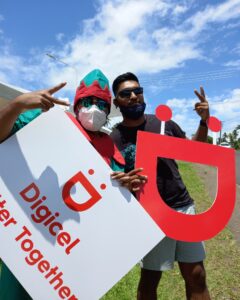 A few minutes into waiting to be found, his first winner of the day, Sahil Narayan, found him in the Digicel HQ car park and not long after, his second winner, Aseli, walked up to him to pick up his $100! 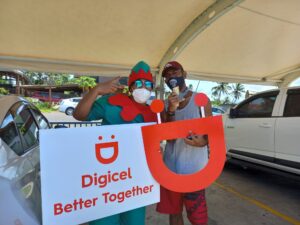