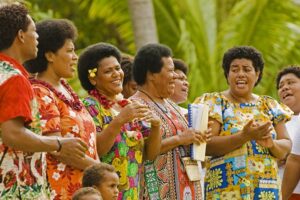 Idk if this happens in other countries, but there’s something about us Fijians when it comes to the end of a public holiday – we’re already looking forward to the next one lmao

Prophet Mohammed’s birthday gave us a long-awaited long weekend and even though it has just ended, we’re already making plans for what we’re going to come the next public holiday which, correct me if I’m wrong, is Diwali.

Over the last weekend, I saw many of my social media friends enjoying their weekend with picnics and barbecues and so many other things I just ended up having to vicariously live my life through them because, unlike the many exciting people that I have as friends, I did NOT have anything planned last weekend.

I realized that we, as Fijians, are super excited about public holidays and we’re always anticipating them as soon as it’s over.

Yesterday, my dad was asking me when the next public holiday was instead of just letting the Prophet Mohammed’s birthday holiday finish properly first lmao

Let us know what public holiday you’re super keen on in the comments.