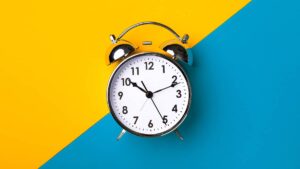 We can all agree that finding out there was going to be no daylight saving for this end of the year was a breath of fresh air. On top of that, we were also told that the curfew was going to move from 11 pm to 12 am. WHAT GREAT NEWS!

Turns out, only one of those things turned out to be true lol

It’s understandable that we can’t have everything we want and that’s ok, but the confusion over the weekend was real with people rummaging around for their phones to see what the time was and trying to figure out why their times were different to others.

The number of calls that FM96 got on Sunday morning was crazy with people desperate to find out what the actual time was. I’m assuming people had places to be at certain times and with them not wanting to be late, it’s only right that they find ways to contact anybody that they can trust to tell them what the right time is.

On top of that, everyone was told that the curfew was going to move to midnight from last night, but that news changed on the day it was supposed to change.

The reason for the last-minute change was made and I’m sure everyone understands the situation, but man, I’ve never been so confused about life so much before the way I was last weekend lmao