Local chief Cyrus Mbijiwe told the BBC that although there had been no recent reports of stray lions in the area, residents had complained that some of their livestock had gone missing.

A farmhand in Kinyana village, just a kilometre from the Mt Kenya National park, raised the alarm after spotting what he thought was a lion just outside his employer’s home.

“We treated the incident with a lot of caution and seriousness. We first ensured everyone was safe then wildlife officials investigated…” – Chief Cyrus Mbijiwe

The homestead owner was away when the wildlife wardens were called. When she arrived back home, she was told about the lion and was advised to enter her house through the door on the opposite side of the building from the hedge

The three armed Kenyan wildlife officers must have been on high alert as they cautiously approached a homestead following reports that a stray lion had been sighted in the area.

But that soon turned to astonishment when all they found was that the Lion… turned out to be A SHOPPING BAG!! 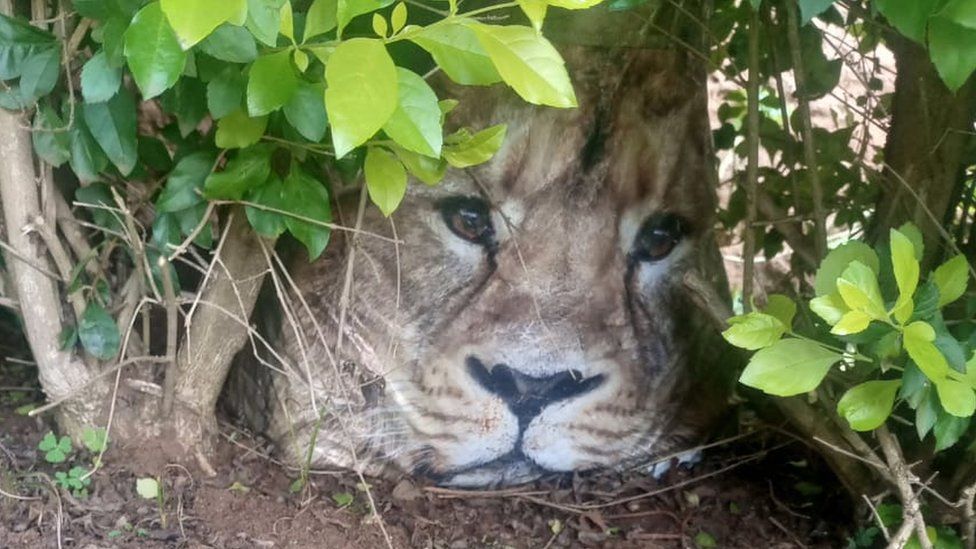 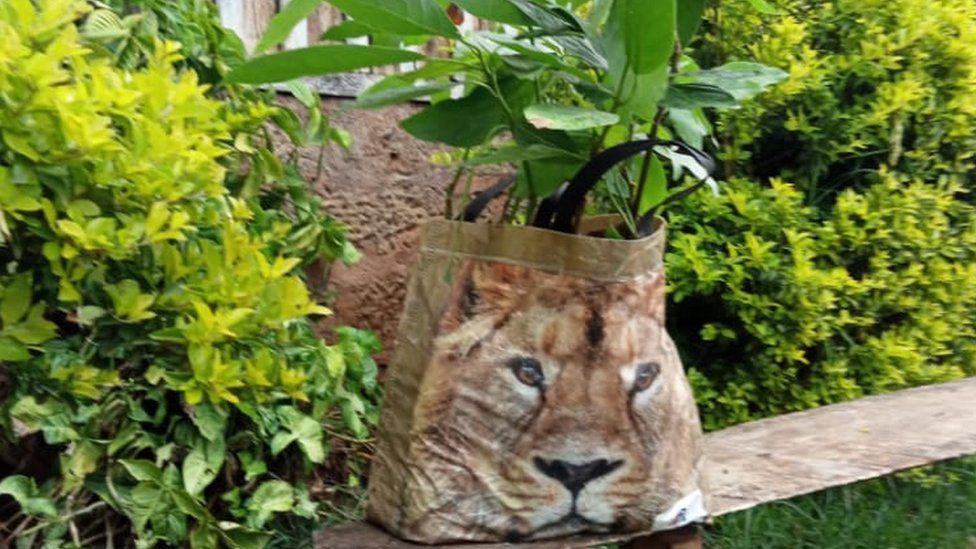