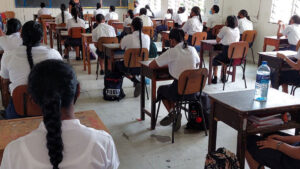 The Year 8 external exams will begin on Friday 9th December and end on Tuesday 13th December instead of being held from the 13th to the 15th of December.

While confirming this, Minister for Education, Premila Kumar says these changes are due to the national general elections on 14th December.