Earlier this month, rumours of a new Hollywood couple sparked and took the internet by storm. World-renowned actor, Leonardo Dicaprio and supermodel Gigi Hadid were said to have gone on a date together. 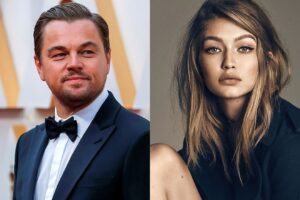 According to Leo’s dating history, he has only pursued women under the age of 25 years. However, Gigi has broken that streak seeing as she is 27 years old this year. This fact is what caught the public’s eye and earned the pairing popularity worldwide.

As far as Gigi’s dating history goes, her most well-known relationship would be with pop sensation and former One Direction band member, Zayn Malik. The two dated on and off for approximately 5 years. In September 2020, they welcomed a baby girl together and gave her the name Khai.

It is unclear exactly when Gigi and Zayn called it quits. The two are currently co-parenting and are reportedly “doing their best.”

On the other hand, Leo made headlines after breaking up with his longtime girlfriend, Camila Morrone earlier this month. Weeks after, he retained the world’s attention after speculations had been made about his and Gigi’s alleged ‘get together’. Pictures have surfaced of the two on what appears to be a dinner date in Los Angeles. Thus confirming their romantic relationship. Upon hearing this, it is reported that Zayn was not upset but refused to comment further on the situation. He has since unfollowed Gigi on Instagram but is “continuing to be there for baby Khai” according to sources.