One thing’s for sure, as a huge fan of One Direction with Zayne Malik in particular, I’ve become quite saddened with the news of Zayne getting caught up in a harassment case. I mean, they aren’t perfect but hey, we can’t help feeling a bit, shall I say, disappointed in our idols.

He was charged with four counts of harassment after an incident on Sept. 29 in which he allegedly “grabbed Gigi Hadid’s mom, Yolanda,  and shoved her into a dresser, causing mental anguish and physical pain. 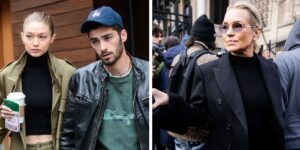 He also allegedly hurled a series of insults and “continuous cursing” at Yolanda, 57, including telling her to “stay away from [his] f—ing daughter.” 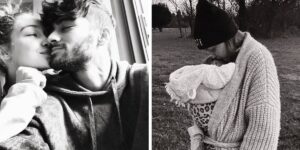 Malik and Gigi are parents to beautiful Khai, who is 13 months old.

According to TMZ Malik denied claims that he had struck Yolanda, saying ;

Still, a source says that while the singer “didn’t slap Yolanda,” he did place her in “an aggressive hold.”

Malik was also charged with harassment against his supermodel ex, with the court documents claiming that he told her to “Strap on some f—ing balls and defend your partner against your f—ing mother in my house” in a conversation a source previously told PEOPLE was over the phone while Gigi was away for work.

Malik is required to serve 90 days of probation for each of the four counts, resulting in 360 total days of probation. Malik must also complete an anger management class and a domestic violence program and is barred from having contact with Yolanda.

Hopefully, everyone can come together for the baby.