Scientists have theorized and have come to an agreement about who could be the most boring person on earth. They’ve come to the conclusion that if you live in a small town, you’re a bedbug who likes watching TV, we’re afraid you’re at risk of being a perfectly boring person.

Bird watching and watching TV are now seen as the dullest hobbies while working in data analysis, cleaning and banking are also signs you might not be very interesting.

Dr Wijnand Van Tilburg, a scientist who led the study into the most boring people on the face of the earth, said boring people are generally disliked and avoided by others.

He said: ”The irony is, studying boredom is actually very interesting and has many real-life impacts. This research shows how persuasive perceptions of boredom are and what an impact this can have on people”.

‘’Perceptions can change but people may not take time to speak to those with “boring” jobs and hobbies, instead choosing to avoid them”. 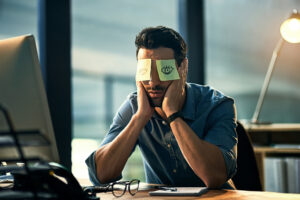 The study, carried out by the Department of Psychology at the University of Essex, also revealed being perceived as boring means people are also likely to be viewed as having low competence and lacking people skills.

Their research paper has been published they have listed off some of the jobs perceived to be the most boring and the most exciting:

Sadly the effect is that those judged to be boring may be at greater risk of harm, addiction and mental health issues. Meaning people who are seen as boring are often avoided causing them to fall into depression. It’s interesting to me to see the study showed that boring people were not seen as competent.

Guess it’s how all about how we make it work.