A woman in England took to social media to express how disappointed she was in her father and pointed out that she had to kick him out.

The father who was recently unemployed and homeless due to medical conditions moved in with his daughter. Although they’ve always had a rough relationship, things went well in the first week but after that, it was all downhill.

The woman mentioned in her post that her father wouldn’t clean up after himself and had a pretty SHITTY attitude but she was able to brush it off until her father threw her cat out of the house and when he was asked, why he did this, his reply was pretty vain. 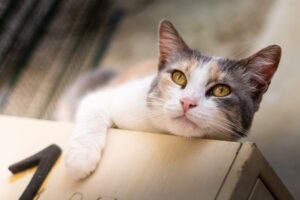 The woman posted:  “I was starting to feel like I was looking after a teenager instead of a full-grown man. My final straw was when I found my cat outside and when I asked him about it he just said ‘oh you know how I don’t like cats so I got rid of her be happy I didn’t take her to the river.’

well dangggg!!!!! and i thought my family had issues