Twitter Facebook Pinterest Whatsapp
A woman was hospitalised for three days after her pet dog pooped on her face while she was sleeping.
Amanda Gommo, 51, from Bristol, England, was having an afternoon nap when her chihuahua, Belle, decided to join her.
While Amanda was sleeping, Belle (her dog) became ill and suffered sudden diarrhoea.

“I was having my afternoon nap with Belle, like I always do, when I suddenly felt something squirt in my mouth. It was disgusting, and I was hurling violently for hours after. I just couldn’t get the taste out of my mouth,”

Amanda’s daughter took Belle to the vet where she was diagnosed with a nasty stomach bug and put on antibiotics.
Later that day, Amanda began to display the same symptoms as Belle and she quickly sought medical attention.
Paramedics prescribed her three painkillers for stomach cramps and instructed her to drink lots of water to flush out any potential infection.
However, her symptoms worsened over the next two days, as her cramps spread all over her body.
“The cramps got worse and worse until I could feel them all over my body — even in my legs. I was so dehydrated from being sick and having diarrhoea that my kidneys had shriveled to half their size,” she said.
She was rushed to the hospital where doctors diagnosed her with a gastrointestinal infection that had been passed through Belle’s faeces into her mouth.
Amanda was admitted to the hospital for three days. 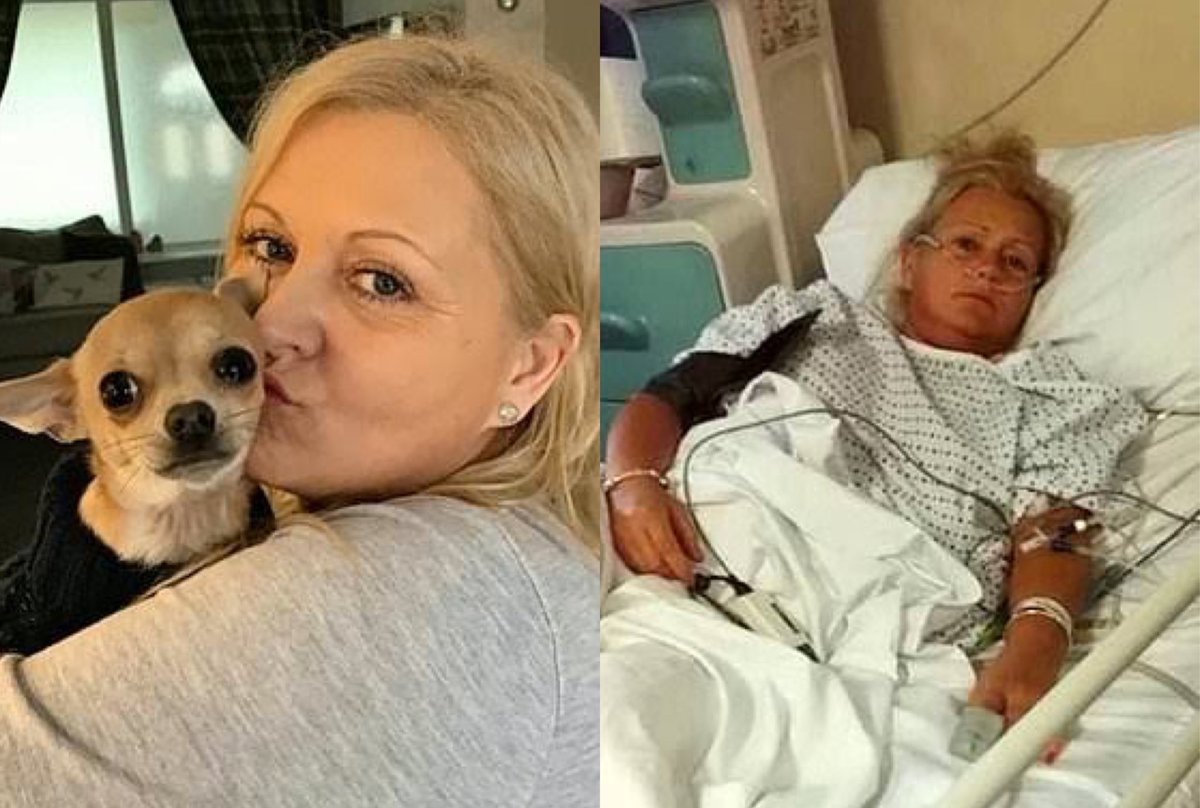