A Chinese woman has been arrested for allegedly pretending to be a man on social media and tricking her own friend into falling in love with her and sending her money. 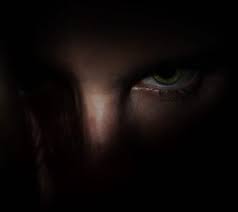 Shanghai police recently announced that it had cracked one of the most bizarre online romance scams ever. The victim, a middle-aged woman, had been scammed for 12 years by someone posing as a well-known TV news anchor on social media and defrauded around 2 million yuan ($290,000).

The craziest part of the story is that the scammer turned out to be a good female friend of the victim who had come up with the plan as payback for something the victim’s mother had said when they were very young, her surname being Yu.

Yu, was detained by the police for fraud After devising a revenge trick on Li’s mother, who in 2010 told her, “You don’t look pretty. and your family is not rich So you might have trouble finding a husband.”

Yu confessed to the police that She decided to take revenge. with ingenious planning In order not to let the daughter of the bully she married by pretending to be a friend of a famous newsreader Yu created a fake recommendation. This will allow Li to meet with a TV news anchor. and initiates a romantic relationship with her via mobile phone.

Li has never met her “boyfriend” because every time she actually asked for a date. Yu would find various excuses, such as going on a business trip or working overtime.

Li said she grew suspicious from time to time. But when she saw the news anchor on TV confidence in The “relationship” was back.

In 2018, a fake boyfriend started begging Li for money. Claiming to be seriously ill and suffering from financial difficulties, Yu received more than 10 million baht from her best friend. which was all of Li’s savings. and money borrowed from others.

When Li had debt problems So he went to Yu and asked her to meet the news anchor in person on Nov. 20 when she learned that she could no longer hide. So Yu told the truth. After that, Li called the police.

This is both sad and crazy at the same time, danng!