After the Lufthansa flight landed, a four-year-old black cat escaped its cage in pursuit of a few nearby birds. In an effort to collect their beloved pet, the owner’s family sent airport staff her favourite treats to lure her out of hiding and even sent in voice recordings for them to play. The cat goes by the name Rowdy and has been dodging airport staff and animal experts at Boston’s Logan International Airport since her escape.

It is unclear why Rowdy chased the birds in the first place. An airport spokeswoman suggests it could have been “fatigue” or “hunger.” She also revealed the steps that were taken that eventuated in Rowdy’s discovery.

A massive search team including staff, construction workers and animal welfare advocates. On a mission to capture the missing pet, the group employed safe release traps and set up wildlife cameras to try and catch her.

“I’m kind of in disbelief,” said her owner Patty Sahil. “I thought what are the odds we’re gonna get her back?”
She continued saying “But I got a call this morning and I am just so shocked.” 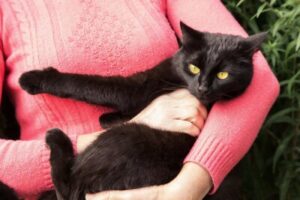 Rowdy has since been found and restored to her rightful owners.