You’re probably not going believe this, you might even bulge your eyeballs out! but this is the “The worlds’ most muscular woman”. 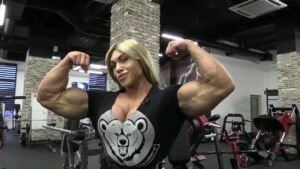 Nataliya Kuznetsova is a Russian bodybuilder who is the most Muscular woman in the world. She began this sport at a tender age of 14 years old. At the age of 14 she was weighing about 40kg (6.3 stone) but now at the age of 30 she weighs 90kg (14.2stone). 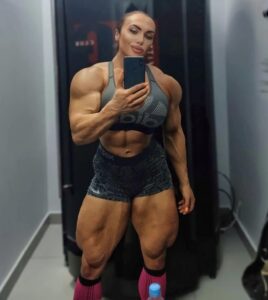 For a second there, when I first saw her pictures, I had thought she wasn’t real and was a training doll. I WAS OBVIOUSLY WRONG! People on the internet have had mixed feelings about her looks and physic. “Even her face and feet look like that of a man. Definitely not feminine at all” one commented. 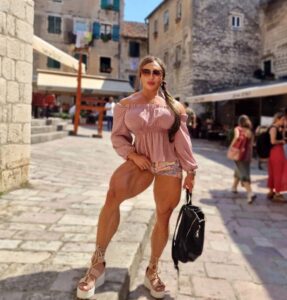 Another said, “I was just wondering how she got her thigh through them shorts.” I’m prettyyyyy sure people who have malicious intentions would think twice before trying to pull anything on Nataliya.

I for one, am in utter awe of her dedication to the gym because Dayuuumm! Might be a tad bit too much, but hey, she’s happy and that’s all that matters.

LOVE THIS FOR HER!