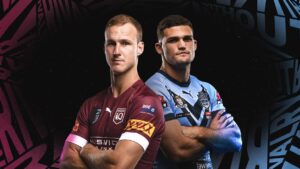 Last month, the rivalry began this year for State of Origin fans in Fiji and it was just as brutal as it was last year and the year before last.

Game 1 saw Maroons coming out as winners with Blues supporters at FM96 being more than happy to revel in their victory by rubbing it into the faces of the Blues fans.

Game 2 was a game changer with Blues thrashing the Maroons with a 44-12 victory in Perth and Maroons fans seemed like they had lost hope. 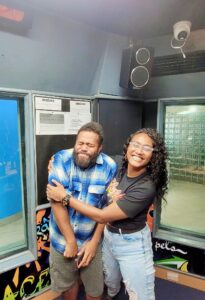 Some were hopeful and their hopes were proven right as the decider match turned out in favour of the Maroons team as they victoriously took back the trophy on home ground at Suncorp Stadium.

This morning was a beautiful morning for Penny, the resident Maroons super fan, as she knew she would have the opportunity to watch Drix carry out the dare that she was giving him resulting from the bet he lost the day before after confidently stating that the Blues team was going to win.

Drix only found out on-air this morning what his dare was going to be and needless to say, he was not happy with it. 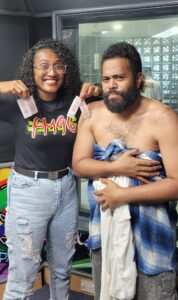 The dare was to have one of his armpits waxed by Penny while it was documented on Facebook live.

Drix was at first a sook about it, but then he eventually carried out the dare like the good sport that he is and now he has proven himself worthy of having his debts paid off in full.

Check out the video below:

For you state of origin fans out there, see you next year!