Even though we probably wouldn’t get up for work without our trusty alarm clocks, their incessant beeping in the morning is the stuff of nightmares. It’s surprising that more clocks don’t get broken every day from people slamming that snooze button in a fit of rage for disturbing their slumber.

While it’s mildly annoying, it’s nothing compared to what an elderly couple had to endure at their Pittsburgh home.

Jerry came up with what he thought was an ingenious idea when he was trying to get a wire through a wall for his TV. He tied an alarm clock to a piece of string and lowered it through an air vent, and set the timer so that when it went off, he’d know where to drill a hole.

Unfortunately for Jerry and his wife Sylvia, the alarm clock fell down the air vent and couldn’t be retrieved. But because it was trapped behind a wall, the couple had to hear the alarm clock go off every day at 7:50pm for 13 years. 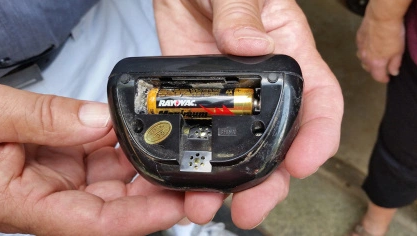 While some people would ceremoniously burn the clock, or destroy it in some other extravagant fashion – the Pittsburgh residents are keeping it on the mantelpiece as a memento.

And low and behold, it still beeps every single day.

So, if you think your alarm clock waking you up every morning is annoying, try to imagine having one go off for no reason every day for that amount of time.

Name A Cockroach After Your Ex for Valentines