DRUA DRAWS are out and we’ve got more home games. The Fijian Drua will have a total of 6 home games and this means we get a chance to cheer on our boys. 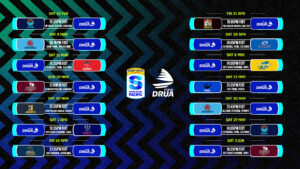 Some exciting news for rugby fans in the West as the Swire Shipping Fijian Drua will play the Crusaders and the Blues at Churchill Park.

They will also play the Moana Pasifika at Churchill Park.

The Drua will host the Hurricanes, the Rebels and the Reds in Suva.

Meanwhile, Shop N Save Supermarket is the new Super Rugby Pacific competition naming rights sponsor for the 2023 season, with the deal marking one of the company’s most significant investments in sport.

The sponsorship means the competition will now be called the Shop N Save Super Rugby Pacific in the Fiji territory next season.