An optical illusion that has gone viral online claims to reveal whether a person is left-brained or right-brained depending upon what they see. Similar to the “Blue Dress or Gold Dress” argument that went viral a few years ago, this picture has sparked debates on whether the subject in the image was a fish or mermaid. 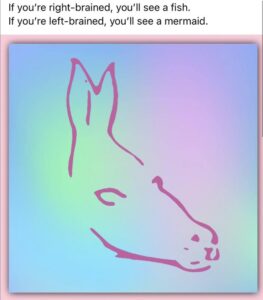 Thousands of people, including celebrities, have joined in on the discussion and most even argue that it isn’t a fish nor a mermaid, but looked rather like a donkey. The vague image leaves a lot to interpretation.

“It’s a donkey, though,” wrote author JK Rowling while posting the image on Twitter, where her post has received over 1.3 Million likes. 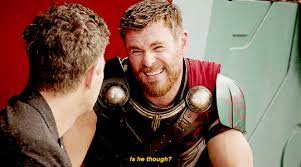 The image has gone viral online with claims that it will reveal which side of the brain is more dominant, but there’s no proof that any of this is true.

The human brain is divided into two hemispheres – left and right. It is commonly believed that people who are ‘left-brained’ excel in logical and analytical thinking, while right-brained people are more creative. This idea has been believed for decades, but according to Harvard Health.

What do you think it looks like? Personally, I think it just looks like a bunch of squiggly lines.