‘The Lord of the Rings: The Rings of Powers’ two-episode premiere drew in 25 million global viewers in 24 hours, and it has officially become the biggest premiere in the history of Prime Video.

The series has a reported budget of $465 million for its first season. 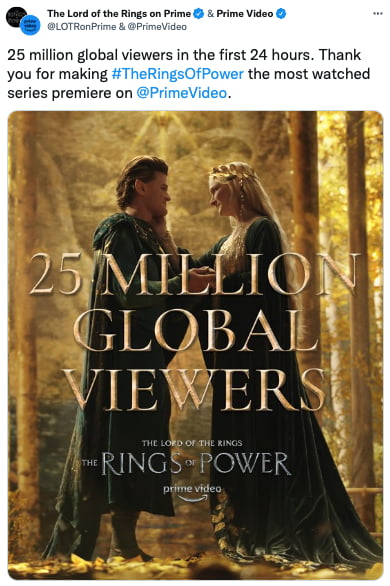 The series received an 84% average score based on reviews

New episodes of ‘Lord of the Rings: The Rings of Power’ drop Fridays on Prime Video up through the series season finale on Oct 14.