Now it’s almost Origin season and with that time rocking around families will be divided and friendships will be tested to go along with their allegiances. Whether you’re Team #Blues or Team #Maroons, you can’t deny that when origin season rocks around everyone is on a different kinda vibe. 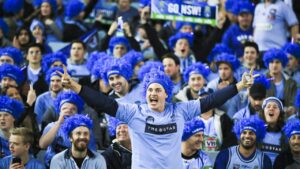 Now going into this season, word out of the Queensland camp is that they have pulled in a team of 4 State of Origin Legends to coach the 2022 team after the embarrassment that they suffered at the hands of New South Wales last year when NSW handed them the biggest hiding of 50 points to 6. 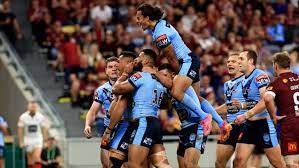 Head Coach Billy Slater has added the state’s two most experienced Origin players to his coaching group for the forthcoming series, with affirmation today that Cameron Smith and Johnathan Thurston will join Josh Hannay as associate mentors. 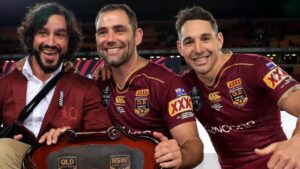 Billy Slater. Cameron Smith and Jonathan Thurston are some of the biggest names of rugby league and collectively, are responsible for Queensland’s dominance of the series. It’ll be fun to see what they cook up against the Blues this year.

I’m immensely proud, honoured and privileged to be in this position – Ben Gollings