Do you even know who my father is?

Prince George warned classmates who were on his bad side that they’d better “watch out” because his father, Prince William, will one day be king, according to royal author Katie Nicholl. 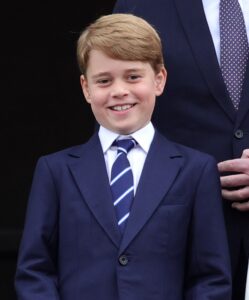 According to the Daily Mail, Nicholl also writes about how George is very much aware that he will one day be king himself.

“They are raising their children, particularly Prince George, with an awareness of who he is and the role he will inherit, but they are keen not to weigh them down with a sense of duty,” the author said.

George was recently bumped up to second in line for the throne — with his dad, William, 40, being first in line — after King Charles III was proclaimed monarch following the death of Queen Elizabeth II.