Birthday parties are the perfect excuse to have an over-the-top gathering with all your closest family and friends. For most, it’s definitely an event you wouldn’t want to miss. So it is completely understandable for one to be bitter about being uninvited or not receiving an invite at all. Especially if the one celebrating a year older happens to be a close friend. 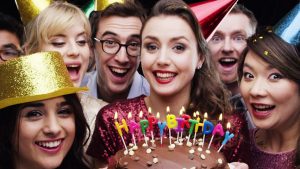 An unnamed Georgia-born woman took to the internet to express her grievances after her best friend had revoked her invitation to her 30th birthday celebration. Reason being, the woman’s ex-boyfriend would also be in attendance and did not want any “issues.”

Her statement revealed the dilemma in great detail.

My best friend is celebrating her 30th birthday this Saturday and has invited me to the party (I live abroad so it was amazing luck that I happened to be here for it).

She accepted the invitation and said would attend after she drops her 10 month old at her parents’ house.

She continued to add ” However yesterday she rang and told me that she completely forgot about it, but before knowing I was going to be here for her celebration, she invited my ex-boyfriend.”

The friend then proceeded to ask if she had an issue with his attendance to which she said “None whatsoever.” The pair had broken up years ago and there was no bad blood or awkwardness between them. At least that’s what she thought.

The friend then called said ex-boyfriend to clear the air with and ensure that he had no issue with it as well. He replied stating that he did not want their paths to cross and would not be comfortable with her at the party. 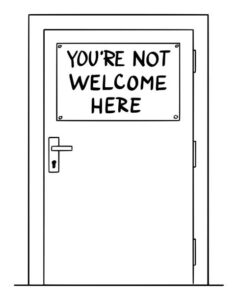 It was then that the birthday girl informed her best friend that she was uninvited. The woman was indeed upset hearing this and stated online

I feel betrayed, I feel like she chose my ex instead of me, I cant believe she uninvited from her 30th birthday because of someone whom she saw once recently.

After venting on the online forum, Mumsnet, users had a lot to say about the saga. One user replied with “Wow this is utter madness and you are not unreasonable to feel hurt or betrayed.” Another user added “She obviously does not value the friendship as much as you do”

A third user then suggested “I wonder if she is closer to your ex then she is letting on.”