Fernando Cuevas, a Spanish priest from the city of Valencia, has been dubbed the “Tinder Priest” because of his impressive matchmaking record – 270 marriages and no divorces. 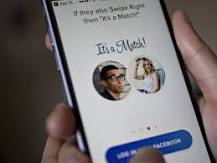 Father Fernando’s matchmaking career began 14 years ago. he was walking with a young practicing Catholic man named Salva, when he was approached by a group of young women. Impressed by the beauty of the girls and knowing that they shared his Catholic values, Salva asked the priest to play matchmaker and introduce him to one of them. Five months later, Salva married one of the girls, Geles, a Fine Arts student, and Fernando Cuevas’ career as “Tinder Priest” began. He has been taking his role as a matchmaker for practicing Catholics very seriously ever since.

Realizing that Western society was becoming increasingly secularized, and that practicing Catholics were finding it difficult to meet romantic prospects who shared their core values and beliefs, Fernando Cuevas took it upon himself to help them.