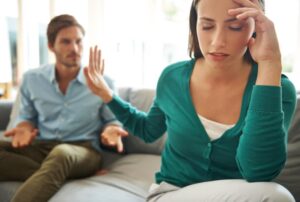 So when it comes to most marriages, an agreement is decided upon before the vows are made official to make sure that each party’s finances are kept as their own in the unlikely case of a divorce.

That was exactly the case for a husband and wife who got married six years ago when the wife was still a post-grad while the husband was sitting comfortably on his very impressive paycheck. We’ll let you guess which one of them suggested for a prenup.

Fast forward a few years and the wife begins to excel in her career, even managing to earn more than 3 times what her husband was making, but her husband was not aware of this until the wife thought she would buy herself a new car since her old one was from when she was still a post-grad student.

The husband absent-mindedly tells her to just “get whatever she likes.”

This prompted her to get herself an Audi since she has always wanted one.

When the husband saw her new purchase, he asked her how she’s making payments since the car was obviously new.

She said that she wasn’t making any payments as she paid for the car with cash.

When asked with what money, she said that she earns more than enough for her to make such purchases.

This surprised the husband to the point where he said that they should make their prenup void as they are married and should share their finances.

To the husband’s dismay, the wife just laughed in his face and said that she was very comfortable with how they’re currently managing their finances.

This angered the husband who stormed out of the house and didn’t come back for a couple of hours.

The wife assumed that he had gone to his family’s place to complain as they started phoning her and calling her names and telling her to change her mind since her husband was the one who helped her through school, which actually wasn’t the case.

“I also thought it was a bit suspicious that he only suggested to make the prenup void once he found out how much I was making.”

What would you have done if you were in her shoes? Let us know in the comments.