Remember watching these old energy drink ads back in the day where the main character would take a sip of the ” Go-Juice” as some would call it and then their minds would blow?

In a twist of life imitating art, a man in California has literally lost part of his head to drinking way too many energy drinks.

The man, Austin, a father of 1 lost part of his skull due to his brain haemorrhaging, collapsing at work after the long hours that required him to drink copious amounts of energy drinks to allow him to remain aware. 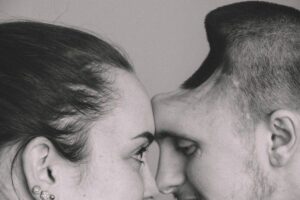 In order to be able to restore his consciousness, the doctors had to remove the swollen parts of his brain which resulted in surgery that needed parts of his skull removed and reconstructed leaving it deformed.

He says he regrets consuming all those drinks, going on to warn people against doing the same thing he did. Don’t overdose kids!