Legendary comedian and comedy actor Jim Carrey has announced his plans to retire from acting citing that he wants to go back to a quiet life. He is reprising his role as the villain `Robotnik’ in the soon to be released sequel of Sonic the Hedgehog and in an interview into the lead up to its’ release he let slip his plans to retire during the conversation saying, “Well, I’m retiring. Yeah, probably. I’m being fairly serious,” Carrey said. “It depends. If the angels bring some sort of script that’s written in gold ink that says to me that it’s going to be really important for people to see, I might continue down the road, but I’m taking a break.” 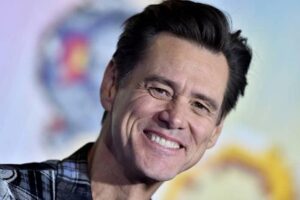 This is the man who has entertained us since the 90’s giving us one amazing movie after another and captivating us with his humor and keeping our eyes glued to the screen every time he came on. At his peak he gave great movies like “The Mask” and even got the role of a Batman villain; giving us the first movie depiction of The Riddler that we’ve ever had.

The 60-year-old says that his retirement is long overdue and that he now wishes to go back to some peace and quiet, commenting; “I really like my quiet life and I really like putting paint on canvas and I really love my spiritual life and I feel like, and this is something you might never hear another celebrity say as long as time exists–I have enough. I’ve done enough. I am enough.” Some of his best movies include; Bruce Almighty, The Cable Guy, How The Grinch Stole Christmas, Liar, The Truman Show, and Eternal Sunshine of the Spotless Mind. He won Golden Globe Awards for The Truman Show and Man on the Moon. The actor has never won an Oscar.

First Bruce Willis and now Jim Carrey , we’re losing some of the best actors of our generation.