Most known for her role as Katniss Everdeen in the Hunger Games franchise, actress Jennifer Lawrence has revealed the name of her newborn. 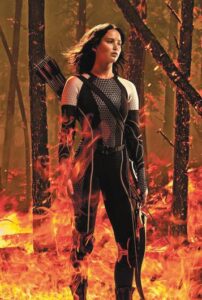 Lawrence welcomed a new baby with her husband, Cooke Maroney in February of 2022. In a recent interview with Vogue, Jen revealed a few details of her new life as a new mom and how she is adjusting to her new normal. She stated “The morning after I gave birth, I felt like my whole life had started over. Like now is day one of my entire life. I just stared.”

She also confirmed that the couple welcomed a baby boy.

She also revealed the name she and her husband chose for their seedling. After much deliberation, they settled on the name Cy.

Maroney is an owner and operator of a gallery in New York City. Lawrence mentioned that the name was inspired by one of Maroney’s favourite artists, Cy Twombly. Naming his son after him was a way of paying homage to one of his heros. Jen says that she immediately fell “so in love” with Cy and feels that “her heart has stretched to a new capacity she didn’t know about.”

The pair are ecstatic with the new addition to their family and will continue to live more private lives out of the spotlight for the sake of Cy’s wellbeing.