Date nights are an essential part of any romantic relationship. It’s what keeps the flame burning between the individuals involved. Spending quality time together aids in making the honeymoon phase last a little longer. 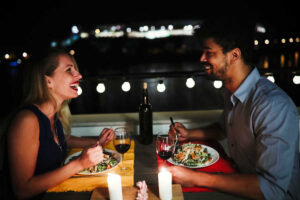 Therefore, it would be an odd dilemma to hear your partner say that they are cancelling all future date nights because it’s “too expensive.” What’s even odder is when they later take out their close friends for a meal and spend a significant amount of money on them.

That’s precisely what happened with UK-based couple who prefer to stay anonymous.

The female counterpart of the duo took to the online forum, Mumsnet to explain the situation in further depth saying:

My husband has been using the fact that we’re struggling like everyone else financially to do not sdo things together like date nights. No dinners, no trips out etc. as we ‘cant afford it.’

However, the wife recently found a receipt in his coat pocket for a meal costing $180 which he supposedly shared with a friend. 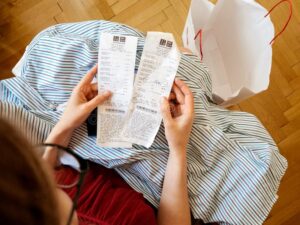 Prior to discovering that bit of evidence, the husband told her that he had only spent $15 on his curry that night.

The two had been struggling lately because she has been caring for her parents who have adjusted to the rise in the cost of living. She adds that her husband says she “hasn’t been present at home or giving us or the home enough attention.”

She says she is nearing 40 and barely has anything to herself. The receipt is definitely a cause of concern for her.