Every couple has had their fair share of disagreements and arguments. Every so often, the occasionally fight breaks out which eventuates in having ill-feelings toward the other party. But as they say, there is no problem that cannot be solved. 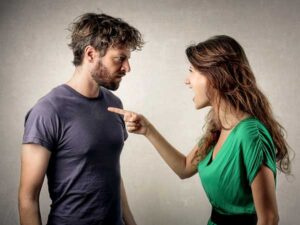 However that may not be the case with Auckland based couple who prefer to remain anonymous. The couple’s most recent feud involved a change in the toilet seat.

The couple share a 3-year-old who who has been potty training for the past few months.

The wife took to the online forum, Mumsnet, to explain the situation in greater depth.

A few weeks prior to the incident she had come across a product that piqued her interest; the 3-in-1 toilet seat. It has 3 seats to it and can be utilized by men, women and toddlers practicing for toilet use. She figured it would be the perfect addition to their shared bathroom. Her husband, however, did not share the same excitement for the toilet seat. He says that it “looks like it does not fit properly” and “it looks awful.”

Confused as to why his behavior is such, the wife asked other users of Mumsnet for advice and if she’s “not seeing something.”

Commenters were split amongst themselves as some argued that it was unconventional, did not look comfortable and was not ideal. A handful of others said that it “looks perfect for a family such as yours.”

One user added “I think it looks fine and it wont be forever. Is he one of those that like to sit on the toilet for 20+ minutes? Maybe you’ve messed with his happy place.”