Aman who shoved a bag of pot up his nose while he was in prison finally got the illicit stash removed — 18 years later.

According to The Sydney Morning Herald, the man was 30 years old and a prison inmate when he first received the bag of marijuana from his visiting girlfriend. Upon receiving the weed — wrapped in a rubber balloon — he immediately shoved it up his right nostril. 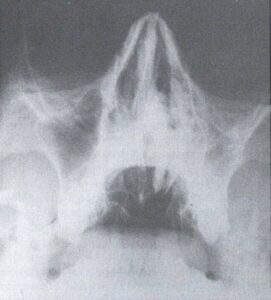 The point, of course, was to evade detection of the contraband by prison guards. Unfortunately, though, the pot-filled bag accidentally got lodged way further into his nostril than he intended.

It got stuck so deep inside his nasal passage that the man actually thought he had swallowed it, when in fact he had not. Instead, the pot package lingered and eventually calcified inside his nose. Nearly two decades later, a team of doctors in Sydney, Australia were finally able to take it out.