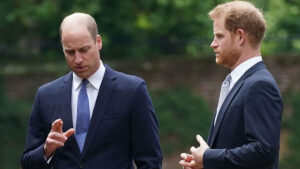 Prince Harry has described how “terrifying” it was to have his brother “scream and shout” at him when they met to discuss his and Meghan’s future.

Prince Harry says it was his decision, not Meghan’s, to leave after plans for a half-in, half-out royal life was rejected during a family meeting at Sandringham.

Buckingham Palace has not commented.

In the latest and final instalments of the docuseries, Harry and Meghan describe why they decided to give up their royal duties and move to the US, claiming they were not supported by the Royal Family during a barrage of negative press that was mainly directed at Meghan.