The Fiji Airways Men’s National 7s team to the Rugby Sevens World Cup has been named with Sireli Maqala the only new inclusion from the LA 7s squad.

Maqala who plays his rugby with Bayonne in France will most likely play in the rover position with Kamenieli Rasaku.

Coach Ben Gollings has named Waisea Nacuqu to captain the national side in their quest to win the Melrose Cup since 2005.

Other players named in the squad are 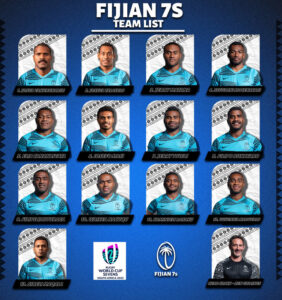 they know the huge pressure that will come from South Africa supporters.

The Rugby Sevens World Cup will be held from next Friday to Sunday in Cape Town, South Africa.