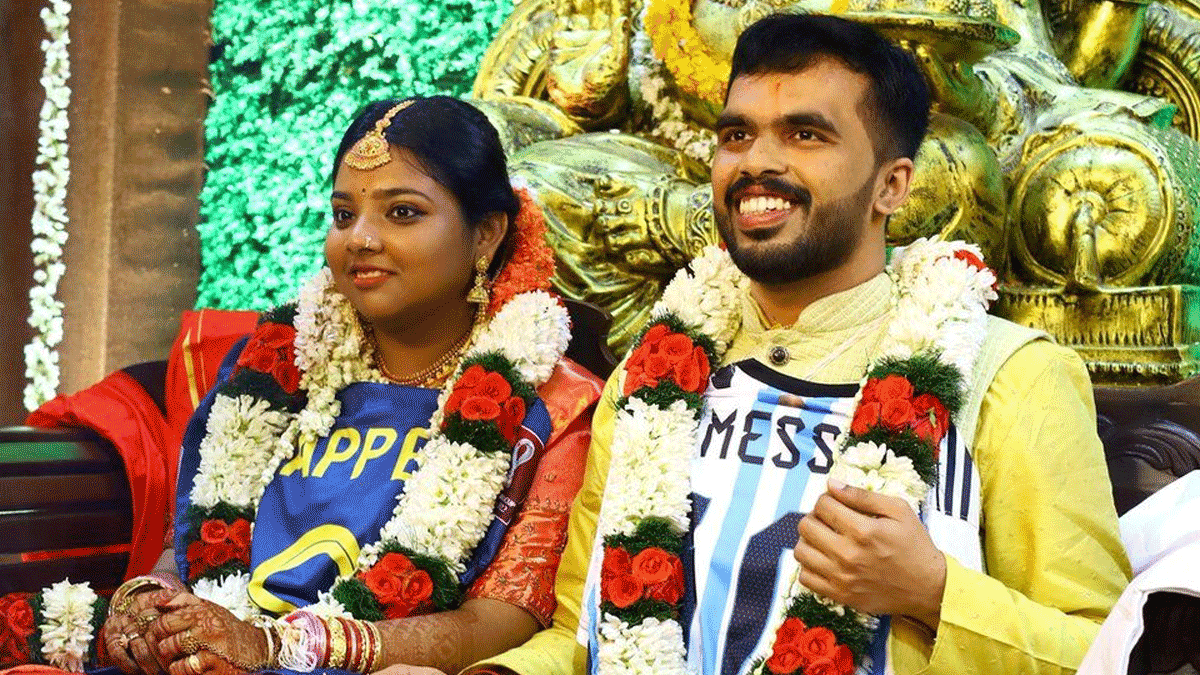 Football fans in the southern Indian state of Kerala have always distinguished themselves for their love for football in a cricket-crazy country.

Makeshift screens were set up across the state as Argentinian and French flags fluttered in the streets.

But a couple stood out in their devotion for the beautiful game, they didn’t want to compromise on which team they supported in the final.

Sachin is an ardent fan of Argentina star Lionel Messi, while Athira is a passionate supporter of the French football team.

Following their wedding ceremony, the couple raced through their reception and the wedding feast to make it back to Sachin’s house 206km away in time to watch what turned out to be a sensational final.

The state’s devotion for the game even caught the eye of FIFA last month when it tweeted about fans setting up giant cardboard cut-outs of football stars in the state.

Brazilian star Neymar also noticed the statues and thanked his fans in the state.