Extra-terrestrial water has been found for the first time in a meteorite that has fallen in the UK – and could provide clues as to where Earth’s water came from. 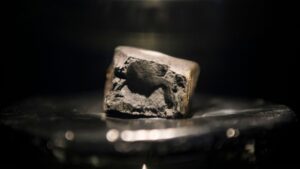 The Winchcombe meteorite, which crashed into a driveway in the Gloucestershire town last February, is also thought to hold clues about where the water in the Earth’s vast oceans came from.

Ashley King, a researcher in the planetary materials group at the Natural History Museum, said 12 per cent of the sample was made up of water, and, as the least contaminated specimen to be collected, it offers a lot of insights.