The owner of Twitter shared a picture on his very own social media platform that featured the two firearms sitting on his bedside table.

We can’t be sure whether the guns are real or props, but it’s still an interesting detail for Elon to have shared with his millions of followers. 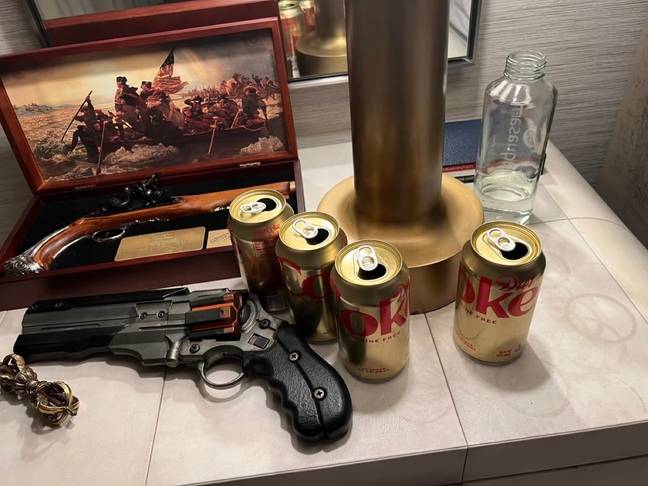 What’s more, he clearly has a situation with a lack of coasters as there are horrible rings on the table that show where his cans of fizzy drinks have been sitting.

Instead of most people talking about how he had just put up a picture of guns beside his bed, people were more concerned about why he didn’t use coasters for his fizzy drinks

Musk did later tweet to address his lack of coasters, stating that there is ‘no excuse’ for it.