Twitter Facebook Pinterest Whatsapp
Dua Lipa has been sued for copyright infringement by a Florida reggae band, claiming that she stole her song “Levitating” from their 2017 track ‘Live your life’
The name of the band is called ‘Artikal Sound System’ 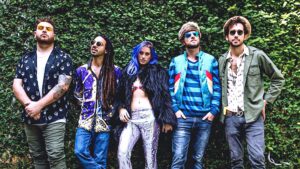 The complaint detailed the two songs being so similar that it was “highly unlikely that ‘Levitating’ was created independently”. 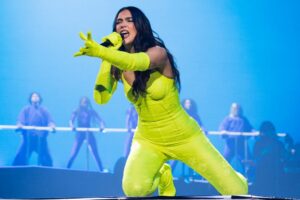 The lawsuit against Lipa claimed that she had access to the earlier version of Artikal Sound System’s “Live Your Life” in 2017, meaning she had heard the song in 2020, therefore giving her the ability to copy it. But the case does not explain exactly why the band believes the pop star heard their song.
[Source: Variety]